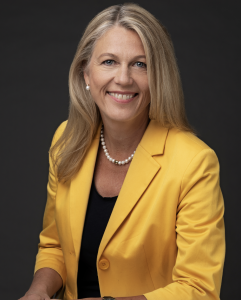 Christine Kipke is a communications and security expert. Christine is the co-founder of exploqii in Berlin, which has been a wholly owned subsidiary of KnowBe4 in the DACH region since 2018. As such, she has developed concepts for security awareness and compliance education formats for use by German and international companies, German security authorities, the public sector, and non-profit organisations since 2014.

In her role as managing director of the KB4 subsidiary, she trebled in the team in Berlin and joined the advisory board of the German subsidiary on 1 July 2020.

Before exploqii, Christine held various positions in the IT and media industries and acquired experience in theatre and television production early on. While working in front of and behind the camera, she became intimately familiar with the challenges and opportunities of the digital media. For more than 10 years, the communications and creative expert has worked in the field of explanatory video communication and for almost 9 years, has been an enthusiastic elucidator of all topics around security.

In 2019, Kipke received the Outstanding Security Performance Award as an outstanding female security expert. She regularly moderates panel discussions and events around security with international experts from business and politics. She is also a welcome panel guest and gives lectures on a regular basis.