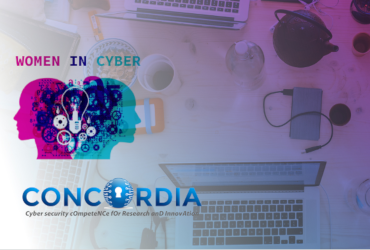 Although women are actively involved in the labour market, they remain underrepresented as entrepreneurs. The total European population consists of 52% women, but only 30 % of start-up entrepreneurs are women. Women’s entrepreneurship in science and technology is even worse, with only 5-15% of high-tech business is owned by women.

The women’s entrepreneurial and leadership potential is still an underexploited source for the EU economic growth.

The webinar aims to discuss how to tackle this critical challenge with outstanding speakers. It also aims at facilitating networking among women potentially interested in starting a new career path. For this reason, webinar includes a mentoring activity, implemented as private-calls among the audience and speakers.

After a first experience in Capgemini consulting group, Louise Bautista worked as an account executive for YesWeHack, the European Bug Bounty platform. She is working now as Regional Sales Manager for european VPN client software company, TheGreenBow. She is also Secretary general of the non-profit organization: the French club of Cryptocurrency and founder of its delegation in Malta. Louise wrote many articles about cybersecurity, blockchain and innovation for Harvard Business Review France, Security and Defense magazine and others. She’s in charge of Public Relationships at CEFCYS (French Circle of Women in Cybersecurity).

Paola Bonomo started her career at McKinsey & Company, where she was an advisor to top management teams at leading international companies on strategic positioning, growth, new markets, alliances and acquisitions. She then worked in leadership roles in the digital domain such as Senior Director, European Operations at eBay International; Head of Online Services, Commercial Operations at Vodafone Italia; and Regional Director, Southern Europe at Facebook. Since 2009 she has invested in technology startups with Italian Angels for Growth, where she focuses on investments in the digital space. In 2015 and in 2016, Paola was recognized as one of the Inspiring Fifty, the fifty most inspiring women in European Technology. In 2017, she was recognized with the Business Angel of the year award in Italy and the Golden Aurora award for the best woman business angel in Europe. In 2018, she was a cofounder of Angels4Women. Paola serves on the Boards of Directors at Telecom Italia S.p.A., AXA Assicurazioni S.p.A., Piquadro S.p.A., and other companies. Paola holds an undergraduate degree in Business Administration from Bocconi University in Milan and an MBA from the Stanford Graduate School of Business.

Serial Entrepreneur, Top 100 Techinfluencer Women according to Forbes. Rationality and pragmatism allow her to plan, support and implement business ideas. Empathy and communication are the key to entrepreneurial networking and team building.

ALJOSA PASIC current position is Technology Transfer Director in Atos Research & Innovation (ARI), based in Madrid, Spain. He graduated Information Technology at Electro technical Faculty of Technical University Eindhoven, The Netherlands, and has been working for Cap Gemini (Utrecht, The Netherlands) until the end of 1998. In 1999 he moved to Sema Group (now part of Atos) where he occupied different managerial positions. During this period he was participating in more than 50 international research, innovation or consulting projects, mainly related to the areas of information security or e-government.

This webinar is the first of the Diversity & Cybersecurity Webinar series! CONCORDIA will provide other webinars focusing on topics related to gender balance.