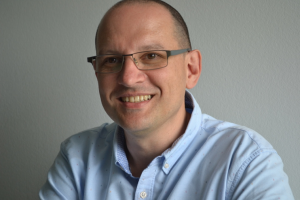 Radu State is the Head of the research group SEDAN (Service and Data Management) at SnT and Professor at the University of Luxembourg.
Before joining SnT and Luxembourg, Radu was Professor of Computer Science in Nancy at the University of Lorraine and a senior researcher (Chargé de recherche première classe) with INRIA (Institut de Recherche en Informatique), France.
His main research interests are in the areas of Blockchain, Big Data Systems and Network Security. Having developed multiple industry partnerships as well as attracted important competitive co-funding cumulating over several millions euros over the last few years, his ambition is now go from applied research to spin-off creations and thus to create both a young and motivated entrepreneurship success story, but also generate high skill job opportunities for PhD graduates.

Radu has been also active in disseminating and promoting science and technology to a larger audience. He has organized several meetups and hackathons in Fintech as a modest contribution within in a larger effort to establish Luxembourg as a leading place for innovation in Fintech.

Our research in Concordia addresses the security of blockchain based systems, smart contracts, as well as secure architectures for data sharing of KYC related processes. We address also the security of robotic and IoT systems through a holistic approach leveraging fuzzing, security monitoring and distributed and fault tolerant access control mechanism. We are also liaising with different stakeholders of the cybersecurity landscape.