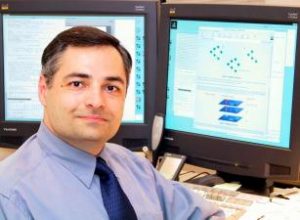 Dr. Vassilis Prevelakis is professor at TU Braunschweig. He has worked in various areas of security in Systems and Networks both in his current academic capacity and as a freelance consultant. Prevelakis current research involves issues related to automation network security, secure software design, auto-configuration issues in secure VPNs, etc. He has published numerous papers in these areas and is actively involved in standards bodies such as the IETF. He has received research funding from the European Union, the German DFG and US funding agencies such as DARPA and NSF. He was awarded the CAREER award from NSF and recently received the “Test of Time” award at CCS’13 for his work on Instruction Set Randomization. Prevelakis received his Ph.D. from the University of Geneva in Switzerland and his M.Sc. and B.Sc. from the University of Kent in the U.K.

Today we bring you a new blog post written by Felicia Cutas.✍️
We have created The CONCORDIA map of courses for #cybersecurity professionals, but there is a challenge – heterogeneity of competencies-related terminology. What could be the solution?👇
🔗https://www.concordia-h2020.eu/blog-post/towards-an-integrated-platform-for-skills-in-cyberbuilt-on-the-european-cybersecurity-skills-framework/

Today, the Governing Board of the @Cybersec_ECCC🇪🇺 holds its first physical meeting in Bucharest (Romania), where the seat of the Centre is. Romanian Prime Minister @NicolaeCiuca just welcomed the members of the Board

We are starting in just 5 minutes!
Join our session on #Identity, #trust, and #privacy in the intelligent, smart #IoT world at #IoTWeek2022.